Kirby Chambliss turned back the clock today at the Red Bull Air Race in Budapest by putting in a fantastic performance and claiming his first victory since the London race in 2008.

Going first in any flight session isn't easy, but Chambliss bucked that trend. He was first into the track of the Final 4 and laid down a time of 1:00.632, the second fastest time of the day.

Pete McLeod followed after Chambliss and was looking good. He was quicker at the first three spilt times, but a slight mistake cost him and he ended up crossing the finish line 0.108s behind the American. Although this was enough to see him finish second.

Third into the track was Martin Šonka. Sonka had set the track record earlier in the week and on his run was on track to be the only pilot to get under one minute today. However, at Gate 18 he was given a two second penalty for climbing in the Gate and that saw him drop from first to fourth.

Championship leader, Muroya had the advantage of flying last and knew exactly what he needed to do. But he just seemed unable to push his raceplane as hard as he would've liked. He flew cleanly, which was enough to see him on the podium, but only in third.

After the race Chambliss said: "I love Budapest. I have to thank my team, it's not a one person effort, I can't thank them enough. I'm super stoked. Winning is easy when you're winning, it's not when you're not."

It's still tight at the top of the World Championship standings, with Muroya just two points ahead of Sonka. Today's results also sees Pete McLeod move up to third and Chambliss up to fourth. Current World Champion, Matthias Dolderer has dropped to sixth. 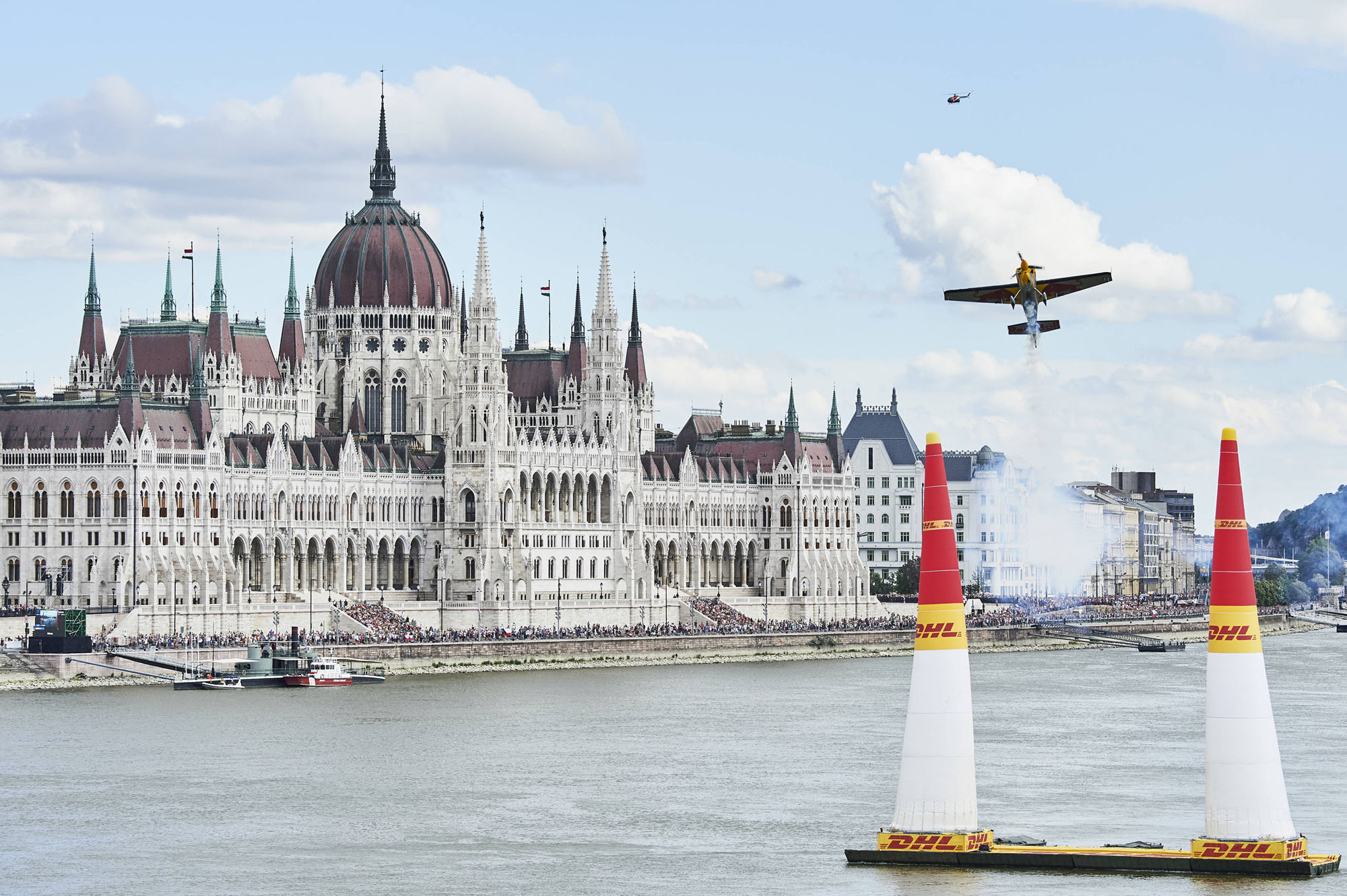