Ten years ago, Borschberg flew up to 9235m onboard Solar Impulse

Ten years ago on 8 July 2010, Swiss pilot André Borschberg established an extraordinary FAI world record, which remains unbeaten, by reaching the altitude of 9235m with an aircraft powered by the energy of the sun. The flight was made at the Payerne air base, Switzerland, with one-seater airplane Solar Impulse.

During this flight, he set two other records: Gain of height (8744m) and Duration (26h10m19s), also in the Solar-Powered Airplane category. He took off on 7 July and landed the next day, thus making the first overnight flight in the history of solar aviation.

These three records marked the first official recognition of the Solar Impulse’s performances. In the following years, FAI ratified a series of records by either pilots Bertrand Piccard or André Borschberg onboard two different Solar Impulse aircraft. HB-SIA, rolled out in 2009, was used until 2013 to make several solar aviation firsts, such as the July 2010 flight and the 2013 crossing of the USA in several legs. HB-SIB, presented to the public in 2014, was flown alternately by Piccard and Borschberg to complete the circumnavigation of Earth in several legs from 2015 to 2016.

André Borschberg, now 67, considers himself an entrepreneur with a passion for exploration. Pursuing his childhood dream of flying, he trained as a pilot in the Swiss Air Force and then earned several degrees in engineering and management. In 2003, he met fellow countryman and adventurer Bertrand Piccard, who, in 1999, achieved the first non-stop ballooning flight around the world. Together they teamed up to design and fly Solar Impulse, with the aim of flying around the world using only renewable energy.

Since 2017, Borschberg has been working on H55, a technological spin-off from Solar Impulse which develops certified electronic propulsion solutions. 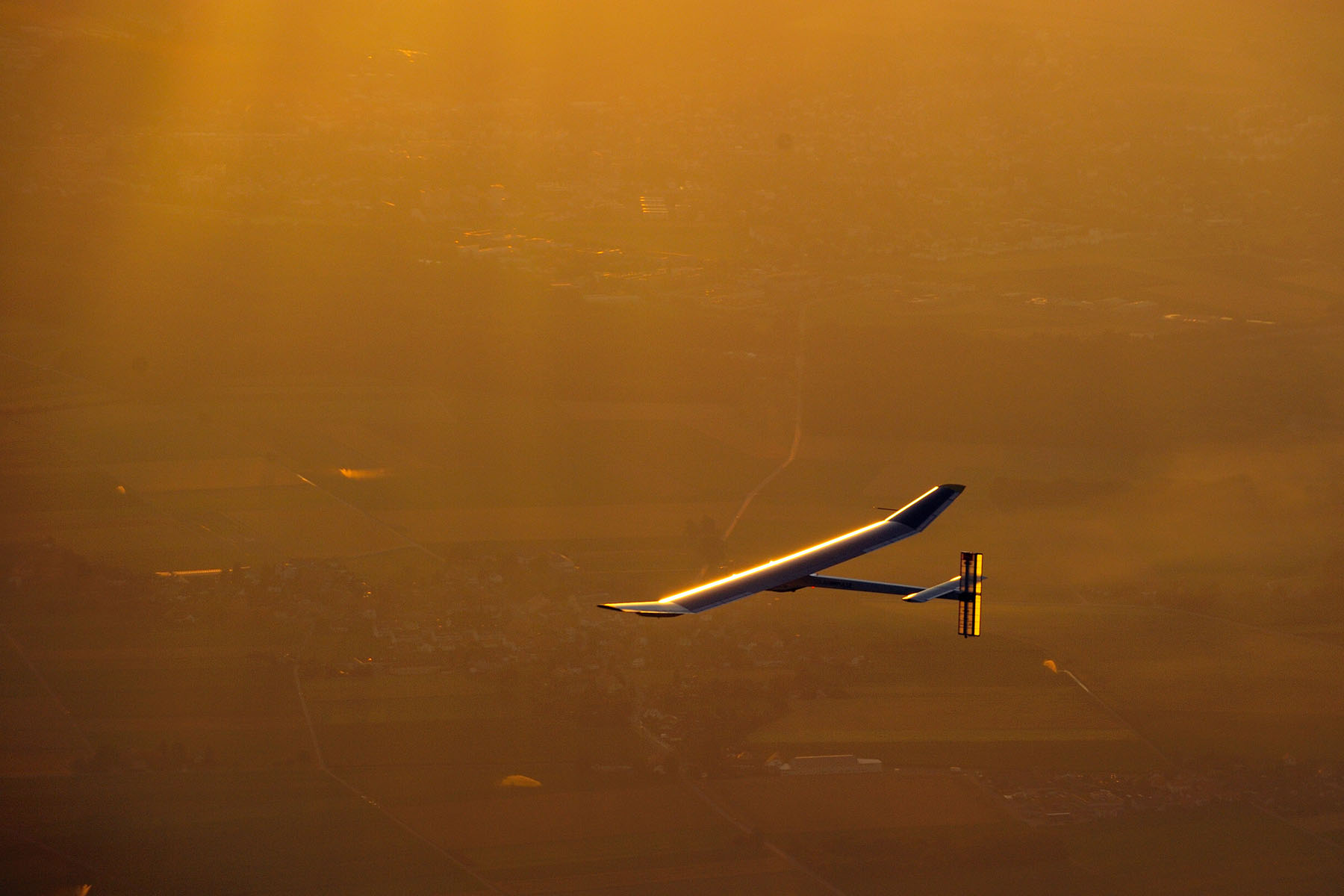