"I’m not scared of anything" What's next for Shital Mahajan?

Giggling, she explains: “I’m not scared of anything. I tell people that if you feel fear about something, then just do that thing. Straight away.”

This fearless spirit is how Shital ended up on a plane for the very first time, heading to the north pole to do her very first sky dive. With no training. “I was looking for something different in my life, something that could inspire the whole world.”

Shital’s first ever parachute jump took place on 18th April 2004 in -37 degrees Celsius, 2,400 feet over the geographical north pole, from a MI-8 helicopter. She is the first woman in the world to do a maiden jump in this location, only the fourth Indian and the second Indian woman (one of her heroes – Rachel Thomas – being the first).

“I remember that first jump very clearly, which helps me to understand what my students are feeling when they do their first jumps.”

adding a touch of glamour

The exhilaration of that maiden jump proved to be addictive: her second jump was over Antarctica, from 11,600 feet from a Twin Otter aircraft. Aged just 23, she became the youngest woman to complete two skydives over the geographical poles.

Shital certainly doesn’t do things by halves. In fact, following her wedding (in a hot air balloon!) Shital and her husband Vaibhav Rane were blessed with twins in 2009. After her maternity leave ended, she defied expectations that she should stay home and play housewife, handed the babies over to her husband and got straight back into jumping.

Over the last ten years, her passion and determination has led Shital to achieve an incredible amount: participating in international skydiving championships, completing her wingsuit training, joining formation camps, travelling the world and adding a touch of glamour to the sport as she free-falls through the sky dressed her beautiful Indian saree. 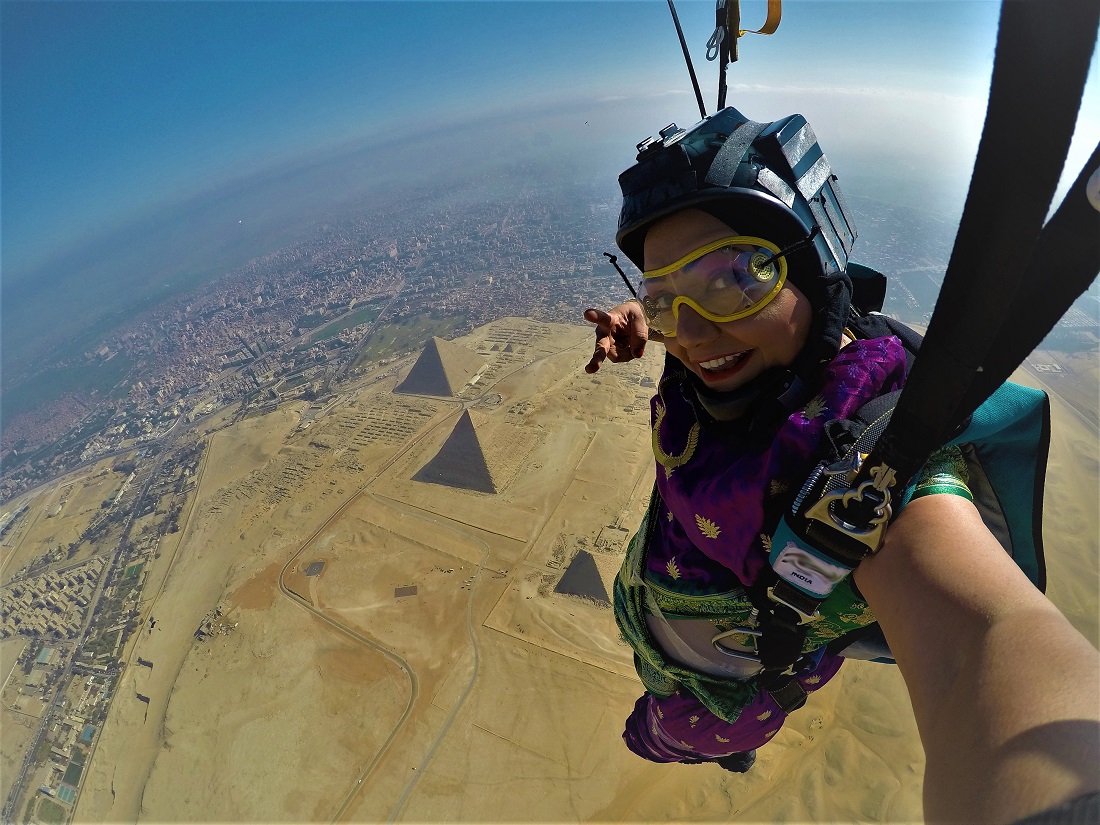 Always keen to share her passion, Shital completed her coach training and has started the Phoenix Skydiving Academy, the first of its kind in India.

She encourages her students to think big: her plan is to create a national Indian skydiving team.

It’s very important to Shital to motivate and mentor other athletes making their way into the sport, especially females. Of around 100 practicing Indian skydivers, only 3 are female. Shital is determined to change this. Her awe-inspiring story is also told to schoolchildren, and she regularly receives messages from girls who want to try skydiving.

Luckily, inspiring others is something Shital takes in her stride. Her effervescent personality and unbridled ambition have helped gain support from the authorities. Modestly, she remarks: “I’m actually quite famous in India.” She has won numerous awards for her achievements, including the fourth highest civilian award in India – the Padma Shri – which was handed to her by President Pratibha Tai Patil, and the FAI’s Sabiha Gökçen Medal in 2018.

Upon being presented by this prestigious award, Shital’s parents joined her on stage and this moment was certainly one of her proudest.

Just as her parents and her husband (Vaibhav Rane, also a qualified sky diver) have supported her over the years, Shital realises that the youngsters she trains need to have their families behind them, for financial as well as emotional support. Shital’s father Kamalakar helps with this, advising parents on how the lifestyle of an athlete can be a success with help from the right places.

The feeling of freedom is one of the main things that attract people into skydiving. Shital is lucky to have the freedom to pursue her ambitions, and she acknowledges that this is very much down to the support of her husband and parents. Skydiving is certainly a way of life for her family; her two twin boys are excited about the prospect of becoming the ‘first skydiving family’ when the four of them jump together later this year.

On 25 October 2018 Ms Shital Mahajan was awarded the FAI Sabiha Gökçen Medal for recognition of her achievement in skydiving over 7 continents and over 6 continents within 1 year. She is the first Indian woman in the history to get this award. 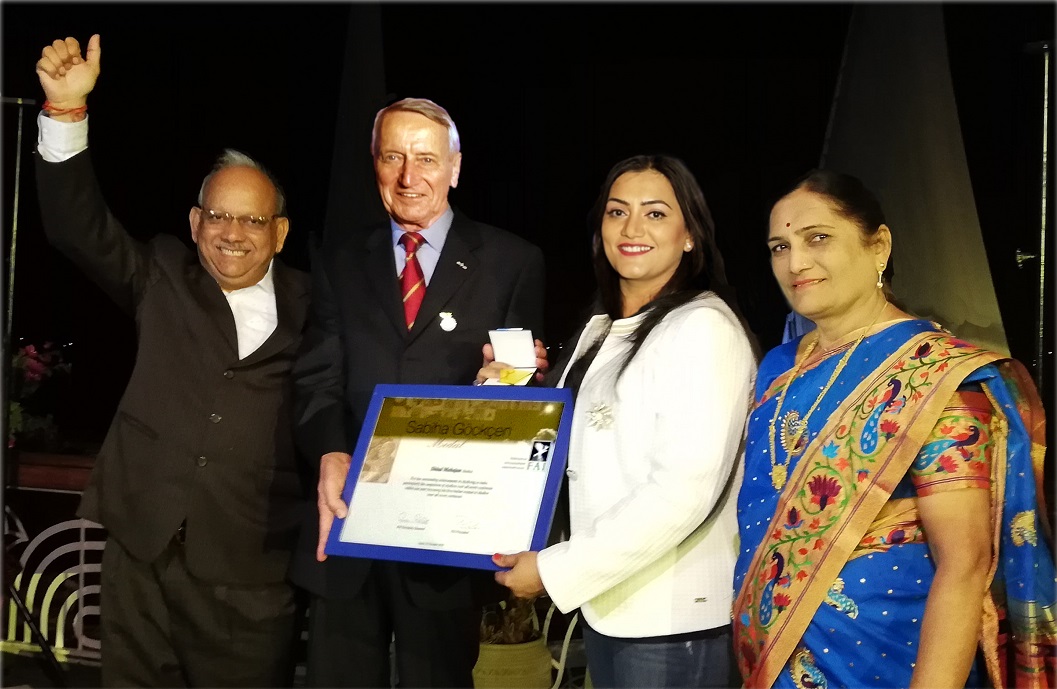 With so many boxes already ticked, what’s next for this ambitious sky diver? Six continents in one year is her plan for 2019 (she has recently returned from Egypt where she jumped over the pyramids dressed as Queen Nefertiti - see photo above) and she hopes one day to jump from space – not in a saree this time, she jokes – as her hero Felix Baumgartner did in 2012.

With the wholehearted support of her family, who knows what limits this inspiring athlete could overcome, and what 'firsts' she could add to her list?