In about a fortnight the 5th FAI Paragliding Championship will launch in Governador Valadares, Minas Gerais, Brazil. It is one of the most famous Brazilian paragliding destinations. During the last 20 years, about 20% of all Paragliding cross country Category 2 championships took place in Valadares. Basically, it means that they had an event there almost every year. It will be a very remarkable event - for the first time in the history of the Pan-American Championships, there will be no guest pilots. All the places have been distributed between pilots from South and North American countries, whose eligibility has considerably grown in the past years. Representing the top-ranked Pan-American country Brazilian pilots occupy almost 50% of the slots in the selection. This is a no-wonder, as Brazil has almost twice as many pilots in the world ranking compared to the USA which is second in a row. In its turn, the USA has twice as many ranked pilots compared to Colombia which is the third-ranked Pan-Am nation. Nevertheless, in the coming championship, the nations sending the bigger number of pilots are USA and Argentina (4th in Pan-Am rank) each of them having 22 pilots. Colombia Venezuela, Chile, and Ecuador limited the number of pilots sent to a team size - i.e. 6.

It is interesting to learn more about the flying site of the coming championship, that's why we decided to find a Brazilian pilot who knows the place well enough and can give us an insight.

Meet Alexandre Germani (BRA) - he has been flying in the area for over 20 years. 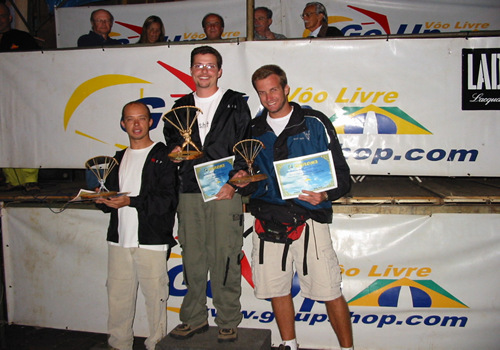 Yes, it is one of the most known flying spots here in Brazil with a high takeoff and delicious flying routes and its traditional championships that are very fun to attend. One of my first ever championships participation was in Governador Valadares.

The most evident difference is not in the place itself, because 20 years ago it already had a great structure and all, but what I recall the most and it was painful is that in championships we used to go up to the take-off riding some “pau de arara” trucks that were flatbed trucks with some wooden boards to sit on, it was a tuff 1h ride that you arrive in the take-off already tired and with back pain. 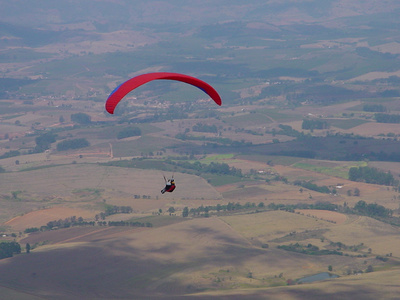 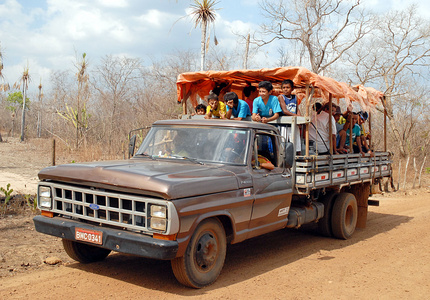 Governador Valadares always has a major significance in the Brazilian paragliding scene, we have there one stage of the Brazilian Nationals almost every year, and already had some major international comps too. For example Paragliding Worlds in 2005 and PWC Superfinal in 2014 and 2017

There have been a lot of very cool tasks there, and the ones that I liked the most were the ones that we went out and return to land in the “Feira da Paz” landing, that sits inside the city. But it is not allowed anymore due to security reasons.

The most common route is the south route heading to Caratinga, it has the main road and retrieve is easy, but Governador Valadares is known for its light winds, so in competitions is usual to make triangles and more complex tasks

The classic condition is usually March to April, but sometimes early March can be too wet. April is best, so we expect to have great conditions in the Pan-Am.

Governador Valadares is a well-known place for a lot of pilots, and the Brazilian nationals took place there 2 weeks before Pan-Am, so I think the Brazilians will arrive only right at the competition.

Governador Valadares has usually light winds at take off, and sometimes it varies between the 2 directions (N and S) so take off early when the condition is good, use a good sweat-resistant sunscreen it’s a very hot region and you will sweat a lot and take some extra water with you.

Take care with the rock wall in the side of the take-off (it’s sometimes very turbulent), take care with power cables in the landing (there is a lot of power cables crossing the valleys), and take care of the puddles at landing (when you see a perfect flat grass field for landing beware that is probably a quagmire), I always prefer to land on a slope.

Yes of course!, I’ve learned that our pre-conceived information on the place, the regions that work best and this kind of stuff is not always a good thing and the fact that a large group of good pilots flying together is more important.

Governador Valadares usually has strong and consistent thermals so it is a place where you can risk getting low and out front.

Thank you Alexandre for the insights and we wish you a successful competition.

And to all participants a safe, fair and satisfying event. 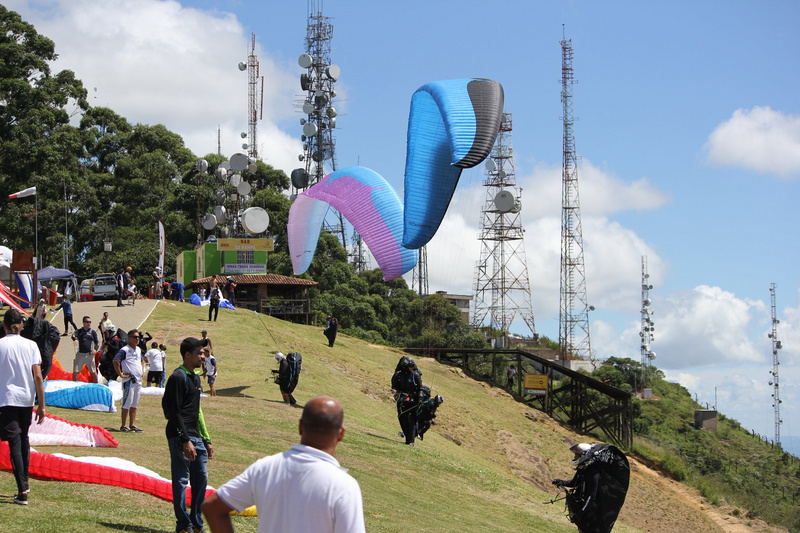